skip to main | skip to sidebar

A Day in LA: Washington Blvd Art Concert from sarahmariececelia on Vimeo. 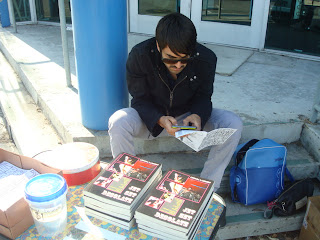 We arrived and set up around four. People came by bike, foot, and motorcycle, and we began.  Katie read two pieces from Vergangenheitsbewältigung, her zine.  I read from Jet Set Desolate. 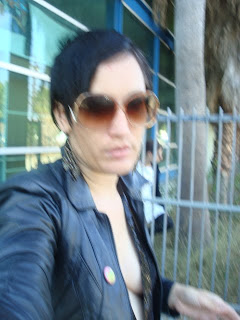 I decided that morning to wear a very low-cut top, because I was interested in being conspicuously performative.  Performing a character in the text, not myself.  The selection I read was about Lena losing her virginity, and coming to terms with the implications many years later.

Noted: the interplay of gender and triangulation.

Posted by Andrea Lambert at 11:00 AM No comments: 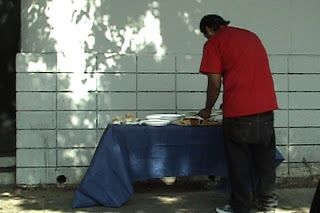 I will setup a small table that will hold a large meal on the adjacent sidewalk of Washington Blvd. The meal will consist of soup, a side dish, main course, and dessert, which I will I prepare myself. The food will be placed in serving dishes and serving utensils with available plates and silverware. The table will contain no directions or descriptions, leaving it up to the public to choose how they should respond to the work. The table will remain in place for the period of one hour, then it will be moved to a different location on Washington Blvd, this action will repeat for the length of the event. 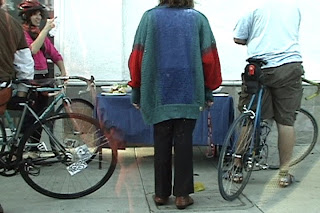 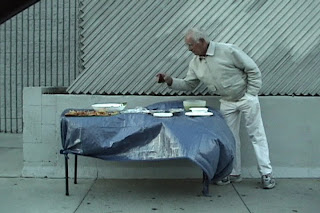 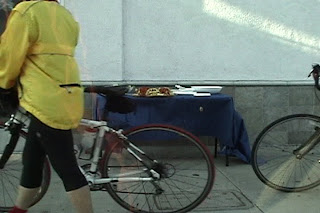 Posted by Paul Pescador at 11:52 PM No comments:

Thanks to all who stopped by Abstraction at Work yesterday. As planned, the site-specific performance/installation took place at an abandoned lot on Washington Boulevard between Landmark and National from 9 am. to 6pm. Cars honked. Artists and puzzled pedestrians --including a share of canines-- inquired about the work in progress, activating lines of communication. Others had their eyes on automatic pilot or in sync with their Ipods. Artistic labor was undifferentiated from street marking, becoming visible only after a few hours, as abandoned pavement lines found themselves in colorful company. 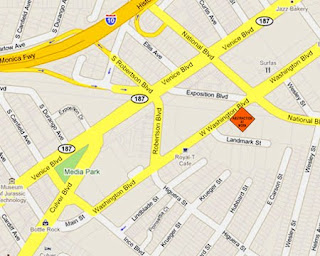 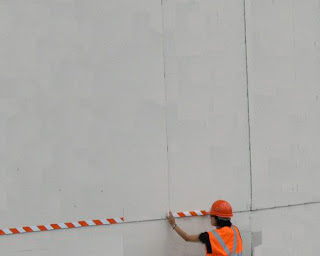 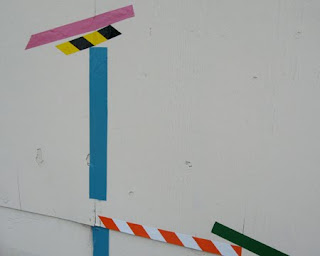 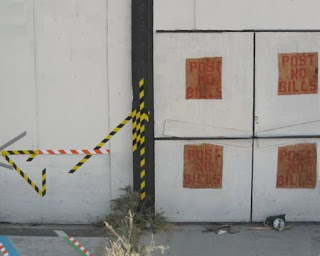 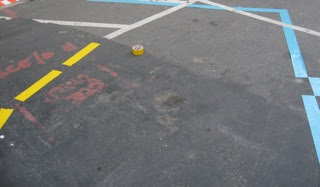 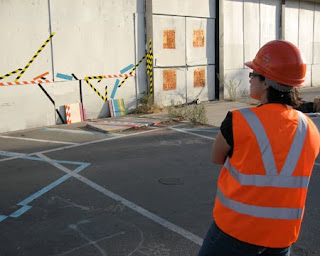 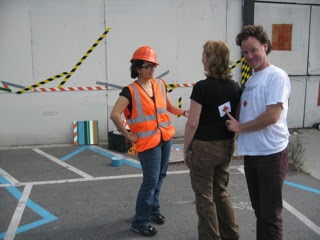 Posted by MSotoDíaz at 9:53 PM No comments:

Timelapse Video - The Writing is on the Wall 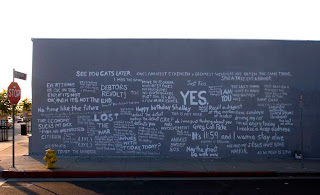 Thanks to everyone who contributed to our wall! Here's the timelapse from yesterday.

http://www.meghannmccrory.com/wall.html
Posted by Meghann at 8:37 PM No comments:


Members of the Network Identification and Collection Division (NICD) went ahead and conducted a wardrive from Whittier to the Mid City area of Los Angeles later in the afternoon. A total of 261 wireless networks were found.  47 with no encryption, 160 with weak and easily crackable WEP encryption, and 54 with strong WPA encryption.

To learn more about the Neighborhood Network Watch please visit www.dhsnnw.org and http://emerymartin.net/interventions/the-neighborhood-network-watch/

Posted by Jolly Roger Jonesy at 3:25 PM No comments:

I was just thinking about you

oh, there you are
Posted by John D'Amico at 2:58 PM No comments:

i don't know how to log in to the blog

My project for the Washington Blvd Road Concert was both a kind of art-for-everyone and a kind of intervention of public space.  I made small string-bound paper booklets (3x4 inches) titled "Fig" and "Egg" which contained text describing the special properties figs and eggs have that might help you learn to fly.  As I wanted these books to appear authorless--and therefore possibly true, or earnestly believed in--I did not put my name on the books. I chose Trader Joe's as my location because of the public foot traffic and because people are accustomed to being asked for money/time/etc. there. I wanted to stop people in a place where they are accustomed to being stopped, but instead of asking them for something, offering to give them something. I stood outside the entrance, holding out books to Trader Joe's customers and asking, "Would you like some information about (figs/eggs)?"

About a quarter to a third of people said no.  It made me a little sad how quick people are to reject.  I wondered if I would have said no.

Another quarter to a third took the things from my hand without looking.

About half seemed excited; aware that they were receiving an unordinary object.

I think the authorlessness worked; a few people asked where the text came from.  To these, I said I wrote it.  I hope to have a better response if I do this again, but I'm also hoping that most people who didn't ask also are unsure where the text comes from.  I was surprised in general by how much people believed what they were reading.  The language is deliberately playful--it almost asks you not to trust it.  The information is often entirely made up, but even when it's research-based, it's very filtered through me. But I still heard people saying things like, "Gross! I can't believe wasps tunnel into the fig!"  This is true, actually, they do. I think. One person asked if my skewed Adam-and-Eve myth was true.  I shrugged and told him I wasn't there.

I realized partway through handing out that Fig is pretty overtly sexual and also uses the word "fuck."  As a verb.  My first reaction was to stop handing these to people with children, but then I realized that people with children know about fucking.  I tried to stop worrying about offending people and hand them whichever booklet I pulled out first.


me: Would you like some information about the fig?

(I show him booklet)

me: Would you like some information about the egg?

lady with a bunch of kids: Sure. What, are they bad for you now?


At one point, some guys from a local/internet/something radio station came and interviewed me and videotaped me reading outside the Trader Joe's, which drew some onlookers.  They called the books "poetry" and me an "artist" which made me feel kind of outed, but also happy to be recognized for a few minutes as not just another possibly insane person.  They somehow legitimized what I was doing in a way that was exactly not the point, but they came right at the end which was sort of perfect timing.

I handed out over 60 booklets.  I hope these things:  1) That people take them home and read them and are surprised by what's inside. Especially that it has no intentional political agenda/place to send money/actual nutritional information.  2) That people wonder about the origins/intentions/truthfulness of these and have good conversations. 3) That people who read these find their next fig (or egg)-eating experience more interesting in some way.  4) That people's expectations are expanded or shifted, however slightly or briefly.

Posted by Stephen van Dyck at 9:26 AM No comments:

"Wind Report": The wind was too strong on Washington Blvd. 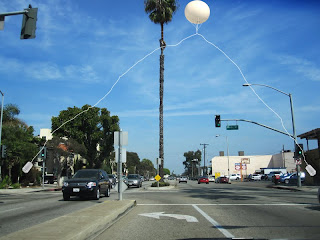 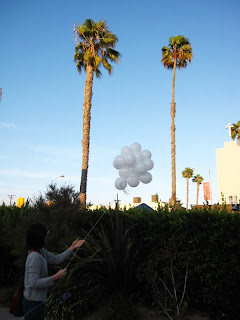 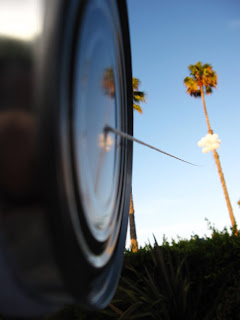 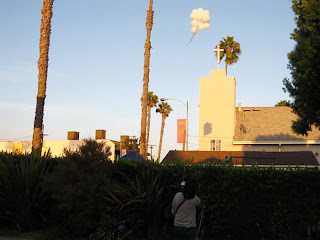 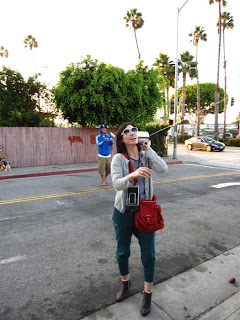 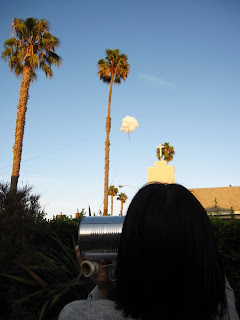 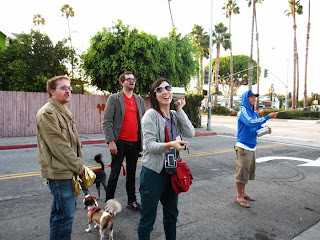 "Wind Report": The wind was too strong on Washington Blvd. 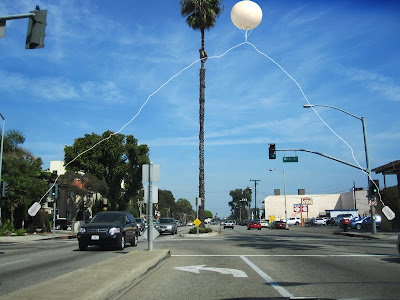 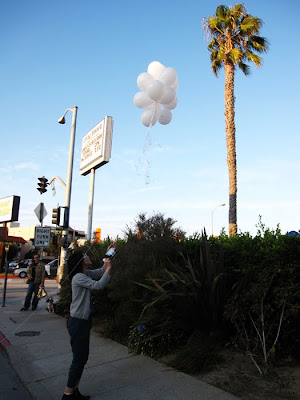 11th of October Sunday at 5:30, it was so windy and the balloon kept getting blown down in the middle of the intersection.

So, I moved to Wade st, let the balloons fly and listened to the wind blowing sound from the can. 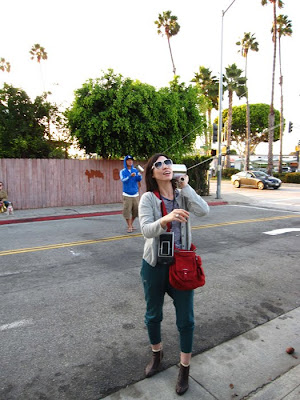 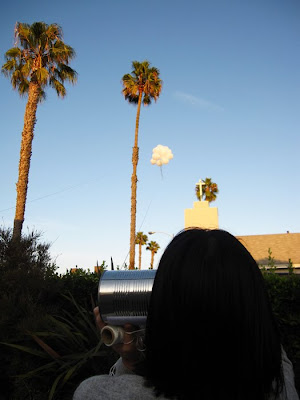 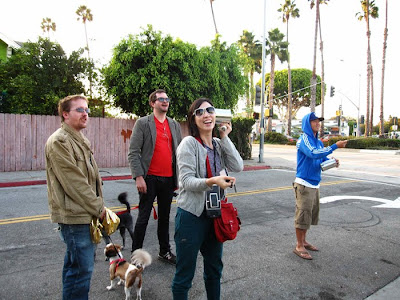 Posted by Stephen van Dyck at 1:23 AM No comments: